In this test, mice were orally administered with control (purified water) or Bioactive Placenta Peptides. Their emotional behavior was evaluated 1 hour later with automatic hole-board test for 5 minutes.

The anti-stress effects of Bioactive Placenta Peptides were demonstrated in another test, in which the mice were induced electric stress and their emotional behavior was evaluated using an elevated plus maze. In this test, placenta extract or control (purified water) was orally administered to mice and they were subjected to electric stress after 50 minutes. The number of entries into the open arm and the duration of stay were evaluated as an anti-stress action, in which increment in both parameters indicates less stress.

Apparatus for elevated plus maze

Both parameters were significantly lower in control group. For Bioactive Placenta Peptides group, number of entries into the open arm decreased to a lesser extent, while there was no change of duration of stay compared to those not subjected to electric stress, indicating the anti-stress effects of 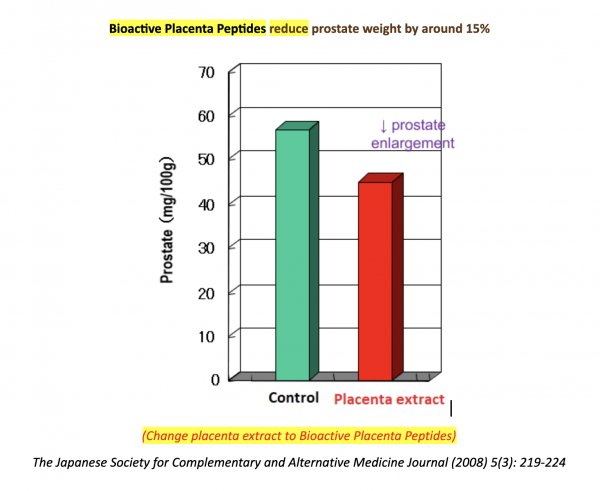 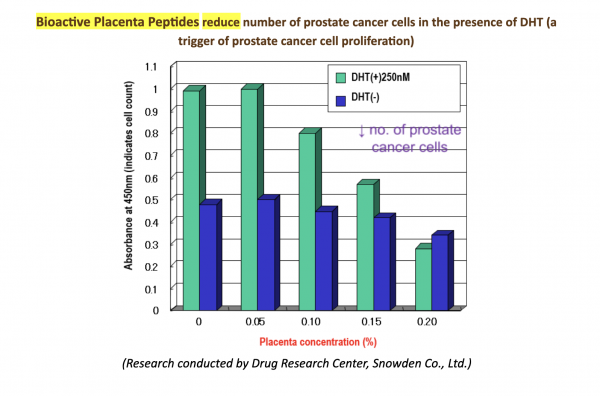 Vitality, Stamina and Endurance:
Fatigue is a state of mental and physical weakness accompanied by a feeling of sleepiness, irritability and weariness. It can affect the quality of life and disturb daily routines.
Bioactive Placenta Peptides help fight fatigue from physical activity
In this study, mice were forced to swim for 60 minutes, which were then suspended on a thin nylon string with both arms hanging on it. Compared to control (purified water), the mice orally administered with Bioactive Placenta Peptides (1,670mg/kg) showed 30% longer duration of suspension, implying the anti-fatigue effects of the extract. 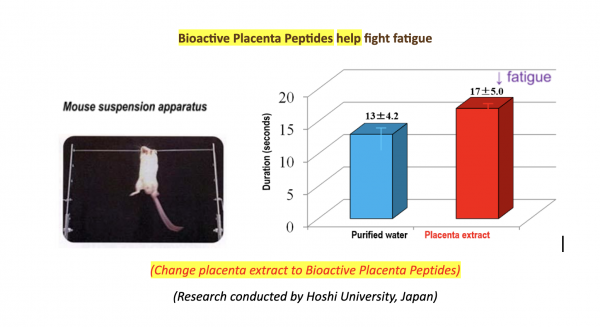 Study 1: Dermal papilla is a highly active group of cells, which play a crucial role in hair growth cycle by inducing follicle development from the skin to grow a hair. In this study, proliferation effect of Bioactive Placenta Peptides were confirmed by using human hair follicle dermal papilla cells and the cell count was measured to evaluate cell proliferation. Bioactive Placenta Peptides increased proliferation of the cells in a dose-dependent manner, indicating its hair growth-promoting effects. 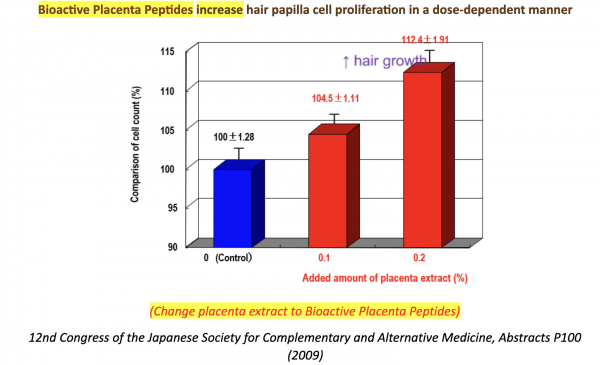 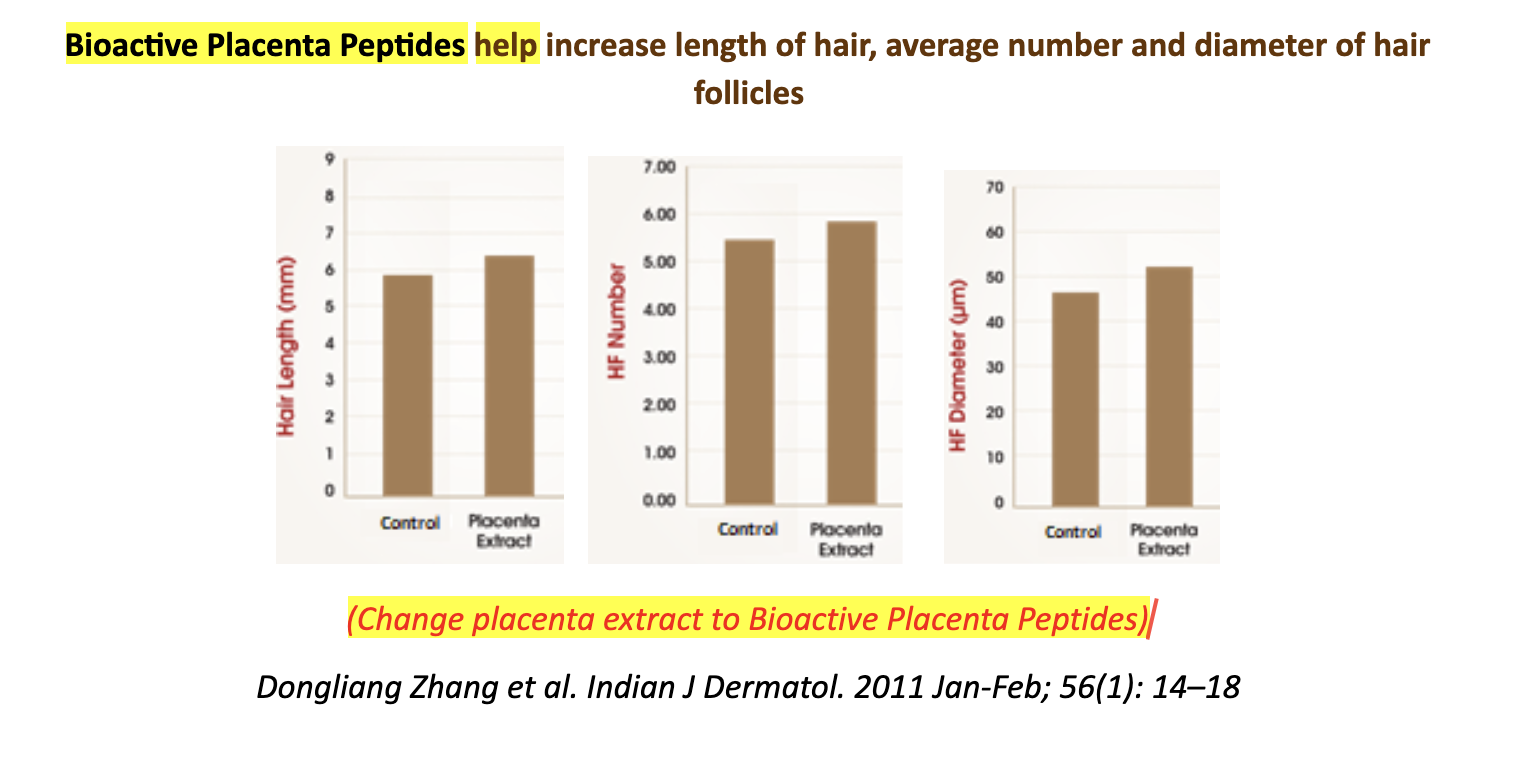 Bioactive Placenta Peptides (B) markedly increased the depth and size of hair follicles, as compared with that of control (C). 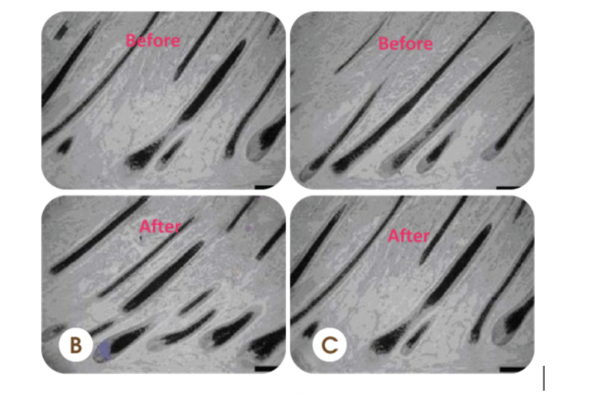 Gout is commonly caused by high levels of uric acid in the blood. Bioactive Placenta Peptides were shown to reduce the concentration of uric acid, suggesting its efficacy in mitigating gout conditions. 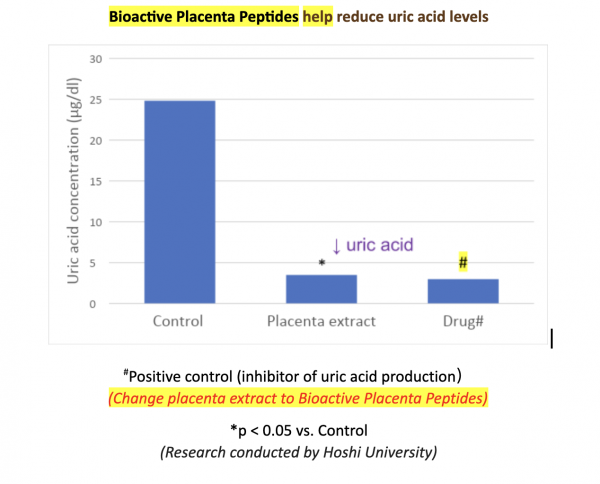 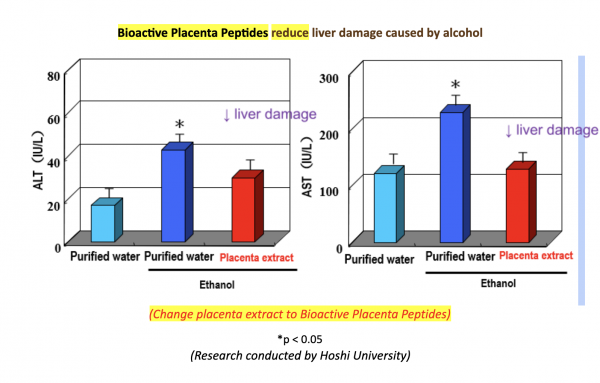 In this test, liver regeneration capability was evaluated by monitoring the wet weight of liver from remnant with 70% partial hepatectomy (surgical removal of liver). At 7 days after surgery, the wet weight of the remnant liver of the Bioactive Placenta Peptides-injected group reached nearly 100%, compared with the untreated group of about 85%. This suggests that Bioactive Placenta Peptides have beneficial effects on liver regeneration. 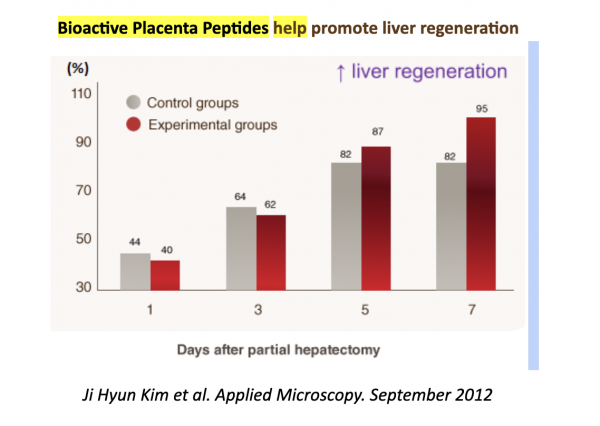 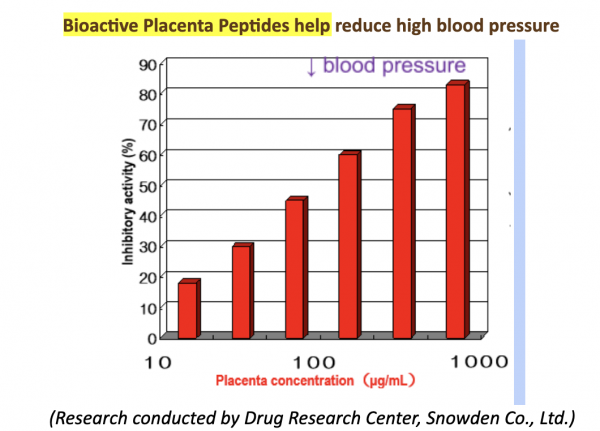 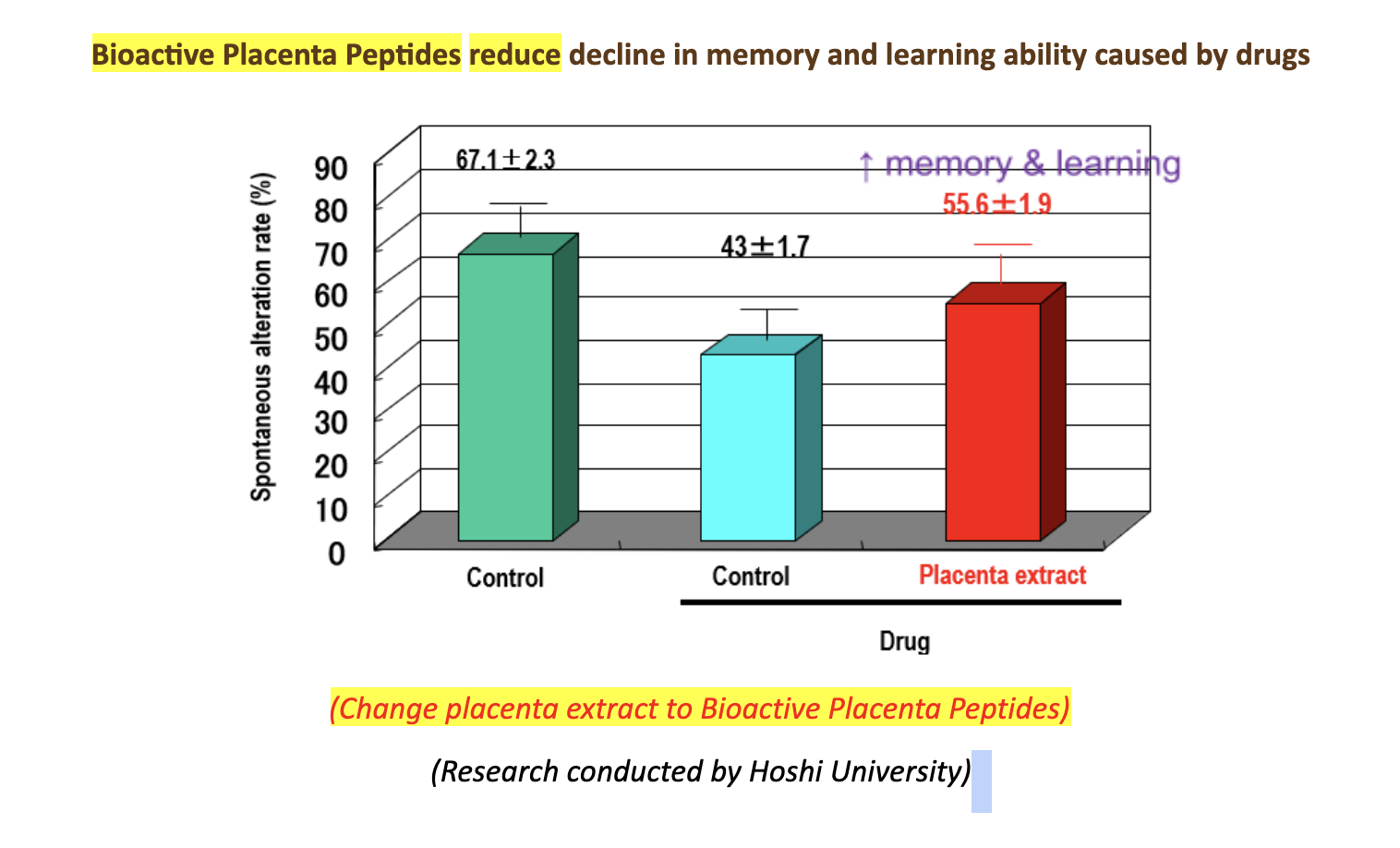 Nitric oxide (NO) is produced throughout the body, including in the lungs, to combat inflammation and relax tight muscles. High levels of exhaled NO in the breath can indicated the airways are inflamed — one sign of asthma. Asthma causes periods of coughing, wheezing, shortness of breath and chest tightness. 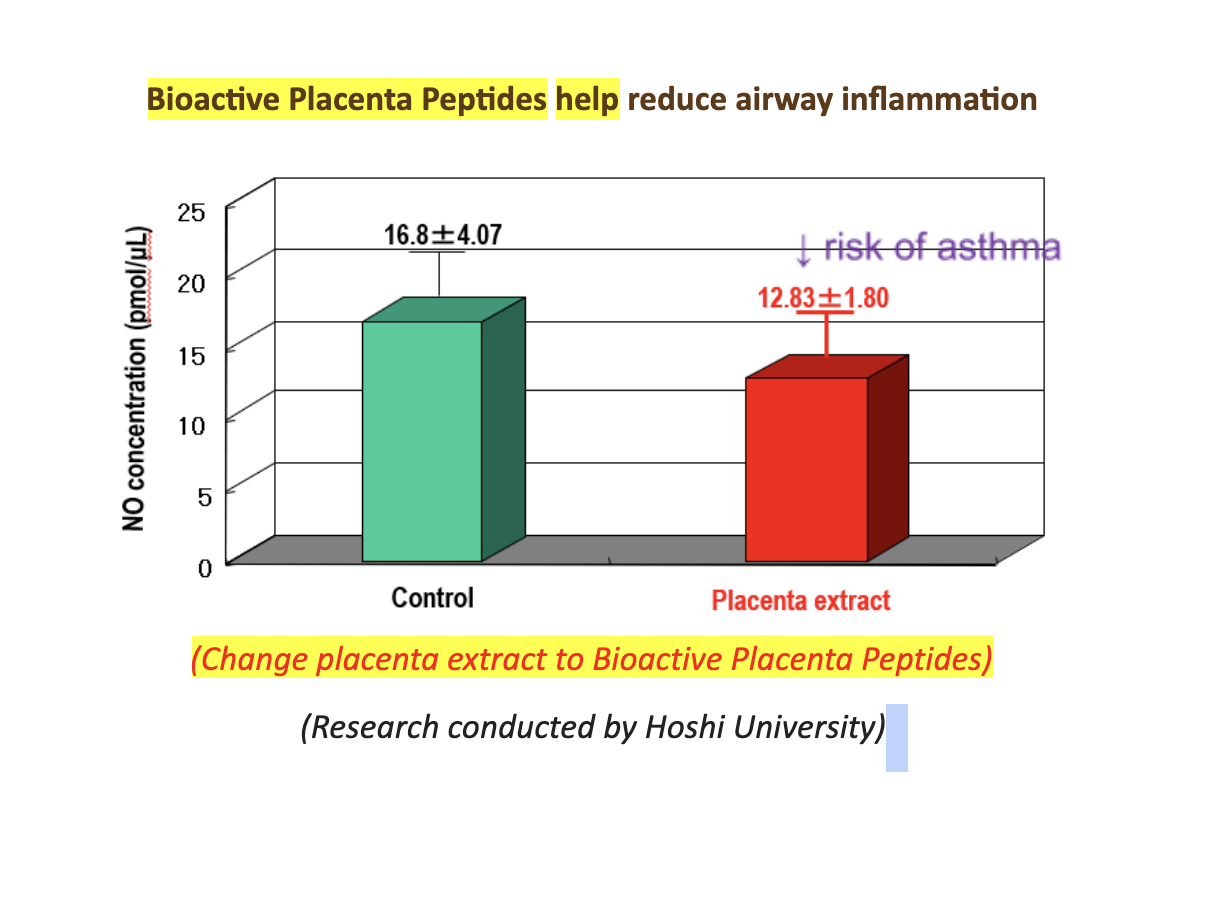